In addition to the "Agricultural Reenactment" volume, I have two monographs in progress: the first based on my PhD thesis, the second based on my work in the sphere of organic agriculture.

The Uses of Georgic 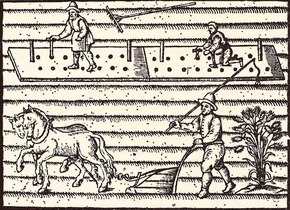 The georgic—nonfiction writing about agriculture—is a classical literary form that reached the zenith of its popularity in the 18th century, during the central period of the British agricultural revolution and the formative period of the American Republic. Although as a term the georgic has all but disappeared from common use, it served as the central intellectual model for thinking about agriculture from the early modern period onwards, and continues to shape attitudes and ideas about farming to this day. This book places the dramatic expansion of agricultural writing in the 18th century within a larger context of what it has meant to write about agriculture—how to capture agricultural knowledge in print form, why one would want to do so, and what the consequences of that effort have been—from the classical period to the present. Focusing on the work of key figures such as Jethro Tull, Arthur Young and William Marshall, I examine the dilemmas of representation, authority and method that underlay the development of new ideas about agricultural systems, offering a fresh perspective on topics of vital current interest relating to food, sustainability and natural resource use.

A Short History of Organic Farming 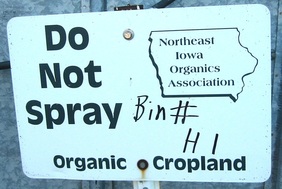 Organic agriculture emerged in the early 20th century as a reaction against proposed and perceived changes in agri-food systems: the introduction of synthetic fertilizers, the shortening of crop rotations, the dwindling of agricultural populations, the increased consumption of canned and processed foods. Many of today's organic advocates, however, emphasize organic farming's forward-looking orientation, insisting that organic agriculture is not to be understood as a return to the farming practices of yesteryear. Planned for inclusion in the MIT Press series, "History for a Sustainable Future," this book will argue that the nature and significance of the organic movement can only be understood through a joint evaluation of the development of organic ideology and the elaboration of organic practice--the latter of which often drew on very different agronomic touchstones than the former. What are and what have been the major barriers to the adoption (or the maintenance) of organic methods by greater numbers of farmers? In what ways has organic agriculture genuinely challenged and transformed the practice of agricultural research? The goal is to connect academic histories of "the idea of organic farming" with practitioners’ understandings of the conditions under which organic methods are in fact developed and perfected.
Image credits: J. Boys, A General View of the Agriculture of the County of Kent (London, 1796); E. Maxey, A New Instruction of Plowing and Setting of Corne (London, 1601), t.p. "Do Not Spray" photo by Laura B. Sayre.